Enjoy taking a trip to Coney Island in 1880!  Click on the images to read the entire story.  It comes with hundreds of cards. 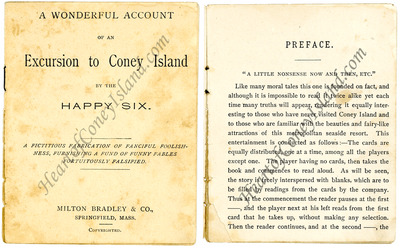 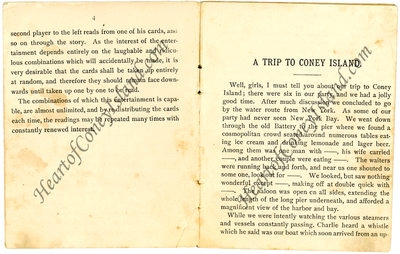 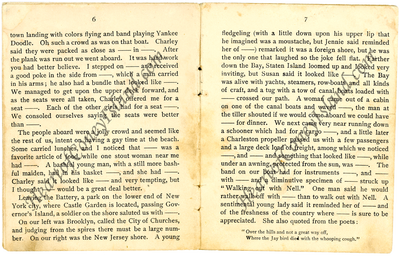 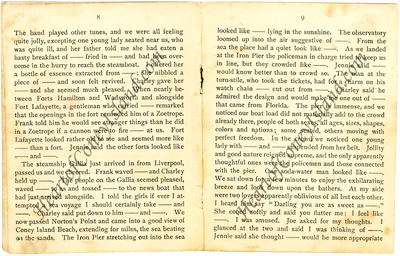 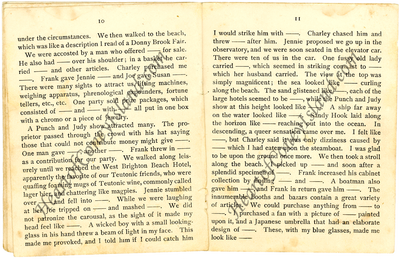 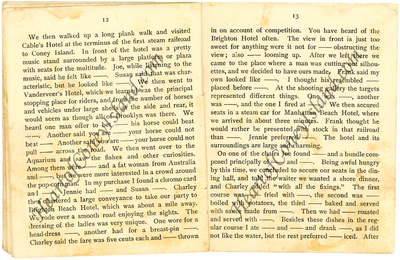 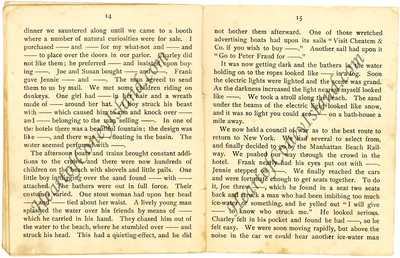 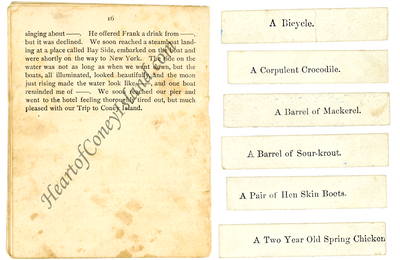 Dating the game accurately requires seeing both what the friends visited as well as what was not yet built.

The likeliest date range within the 1879-1884 range is 1879-1880.  There is excitement for the Gallie's arrival (the story makes it a point to specifically name the steamship), the Brighton Beach Hotel is described in the way a first-time visitor would talk about a new attraction, and the Oriental Hotel is not mentioned though the friends dine at the nearby Manhattan Beach Hotel.

Not mentioned: Elephant Hotel (completed May of 1885), Statue of Liberty (completed late 1886); either definitely would have been mentioned; the Oriental Hotel (opened for 1880 season) probably would have been worth the mention in the otherwise "who's who" list of sites and attractions in the story.
Return to Coney Island History Homepage